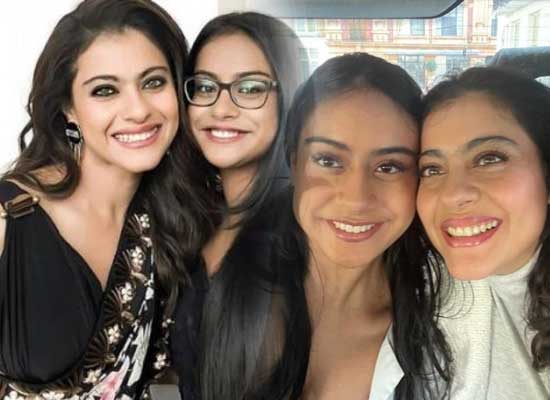 Bollywood's powerful couple Kajol and Ajay Devgn's daughter Nysa Devgan may not have forayed into Bollywood yet, but she is a well-known star kid due to various viral videos and social media posts. The star kid has numerous fan pages on Instagram, and pics of her partying with her friends often go viral on social media in no time at all. During Diwali, Nysa impressed fans with her glamorous ethnic outfits, and while her fans adore her and shower her with love, there is also some social media users who troll her and leave offensive comments that are uncalled for.
In a media chat, Kajol was questioned how she responds to social media trolling. Kajol replied that she feels trolling has become a strange part of social media. She then laughed and added that if one is trolled, it just means they’re famous. “If you are trolled, you are noticed. If you're trolled, you're famous. It's like you're not famous till you're trolled,” she revealed. When asked if it affects her, she said that it does, but that there’s only a limit to which these things can be taken seriously. “I will be stupid and I will be idiotic to say that it does not affect me. But yes, there is a certain level that you can take it seriously.”
Kajol further revealed that she explains Nysa that for every one or two trolls who post nasty comments, there are a thousand other fans who think she is fantastic. "And most important of all, what do you see in the mirror? Whose opinion matters? My opinion matters. Not your own,” she joked.