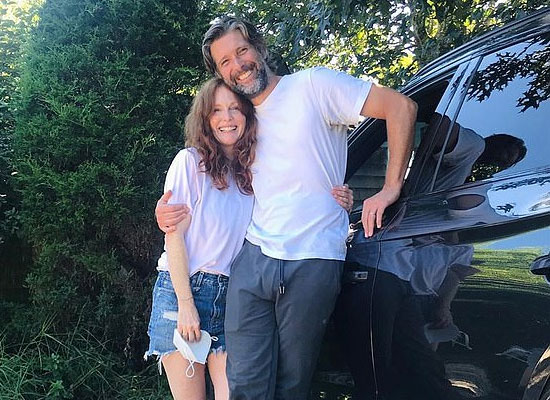 Recently, the Oscar-winning Hollywood star Julianne Moore is opening up about her tips and secrets to having a great marriage with her hubby Bart Freundlich. Both have been married since 2003.
During a media chat on The Drew Barrymore Show on September 28, Julianne tshared tips to sustain a great marriage and revealed, “The only thing I can say is I think that you both have to really want to be married,” Julianne said. “I do feel like I’ve seen situations where things aren’t working out for people because one member of the couple doesn’t want to be there. I think if you are both invested in it working out that’s important.”
She further added, “You really have to have a good time. I think they have to make you laugh if they don’t make you laugh it’s just deadly. And somebody asked me the other day if it felt long a long time and I was like, ‘Oddly no it doesn’t.’ That’s what has been nice about it, it doesn’t feel like a long time. But now our kids are 18 and 22.”