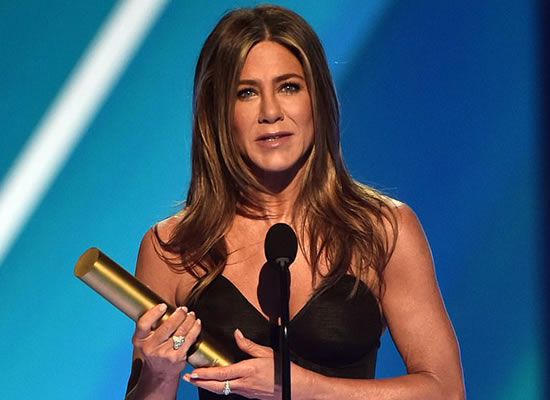 Hollywood star Jennifer Aniston was recently awarded two Artists Inspiration awards at the 2019 SAG-AFTRA Foundation's Patron of the Artists Awards. And now, Jennifer received People's Icon Award at the 2019 People's Choice Awards. She received the award from her longtime friend and co-star Adam Sandler. While Jennifer received a standing ovation, she started her speech by telling that the town doles out a lot of awards, but the People's Choice has always been special to her.
She also went on a paid tribute to her series Friends and said that she has only claim to the word 'Icon' because of the iconic show and her iconic haircut. She specified, "Friends was truly the gift of a lifetime and I would not be standing up here without that amazing show and those amazing five other actors and with an audience who stuck with us for a decade and through streaming services now, and syndication and I'm sure coming to a watch soon near you or something!”