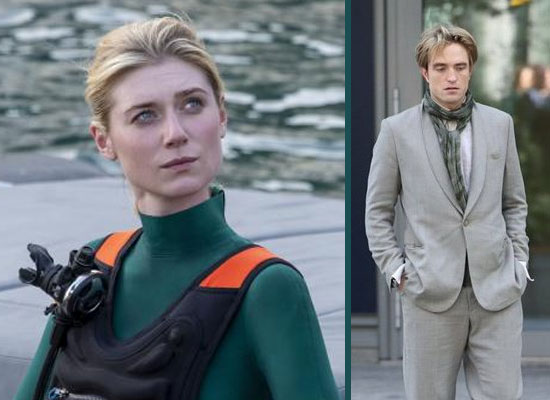 Hollywood star Elizabeth Debicki, who stars as Kat in Christopher Nolan's Tenet, was all admirations for her co-stars Robert Pattinson, John David Washington and Kenneth Branagh. Film Tenet is the highly awaited Hollywood movies of 2020. Starring John David Washington as the main protagonist, Tenet has huge star cast including Dimple Kapadia, Robert Pattinson, Elizabeth Debicki and Kenneth Branagh amongst others. When Debicki was questioned what it was like to be a part of Tenet's ensemble, the 30-year-old actress was all admirations for her costars.
About Branagh, who plays Elizabeth's character Kat's husband Andrei Sator, Elizabeth Debicki revealed, "It was an honour to act opposite Kenneth Branagh playing his wife. I have always loved his work and I’ve seen him obviously in films and things he’s directed and then on stage. He is something of a national treasure in England and he’s pretty seminal to the landscape. You can tell him I said that (laughs)," and she further added, "But the most joyous surprise of the whole thing was he is just an extraordinary human being, very kind and very sensitive, and also one of the funniest people I have ever worked with in my life. I really felt like I was part of a team with him. We found our rhythm and we supported each other a lot."

When it comes to Washington, Debicki admired the 36-year-old actor's work discipline. On Pattinson, Elizabeth kept it simple, sweet and effective, disclosing, "And Robert Pattinson is obviously a fantastic actor, but also an absolutely hysterically funny human being."