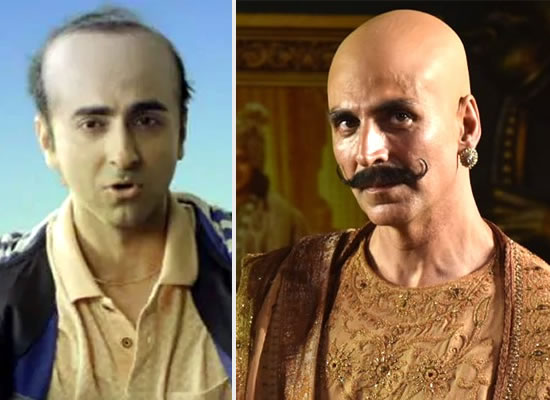 Bollywood star Akshay Kumar, Twinkle Khanna, daughter Nitara and mother were snapped in the city recently as the family headed to the theaters to watch Ayushmann Khurrana's Bala. Before to heading out to watch the movie, Akshay Kumar took to twitter to express a sense of eagerness to watch the movie as he wrote, “This Bala is heading out to watch the newest #Bala, @ayushmannk ! Congratulations hearing great things about the movie.”
Post the movie, Akshay made sure to take to social media to praise Ayushmann Khurrana for the movie and happily pass on the baton of the original Bala to Ayushmann as he wrote, “Just finished watching the film and with all due respect I’d want to pass on the crown You guys have a winner!”
Post that, Ayushmann responded to Akshay Kumar and thanked him as he wrote, “Akshay paaji thanks for being an inspiration. Hail the real king #Bala thank you!”