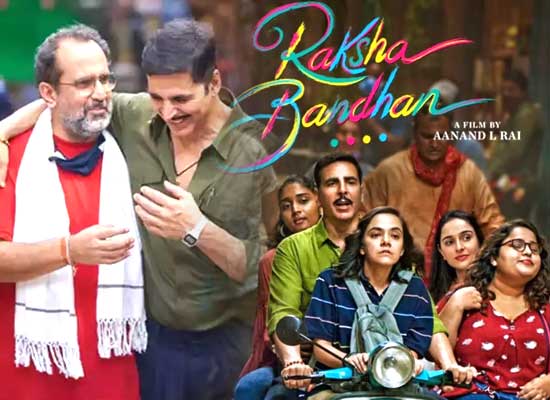 The talented well-known filmmaker Aanand L Rai had a bumpy career with some huge successes and some big failures. Aanand L Rai's last outing Raksha Bandhan, which featured Akshay Kumar in the lead role, ended up as a commercial disaster. The film was criticised by the viewers for its outdated content and unreasonably melodramatic narrative.
In a latest media chat, Aanand L Rai specified that Raksha Bandhan failed because he tried to put the movie in a bracket. "I was wrong while making Raksha Bandhan when I thought let me give them something which is more of India and let me cater to the audience in the B and C tier cities. I was wrong in differentiating between the audiences. That is not my job. I should have focused more on the story rather than selecting the audience to whom I want to cater," revealed the well-known filmmaker.
"This is my learning from the film. We are trying to find out what story will engage the audience at this moment and in this phase. Post-pandemic we have failed the audience with that. Maybe, I went too smart with Raksha Bandhan. I was trying to put it in a bracket and that's what went wrong. It was my fastest film but I relished it. I never made this film in a rush. I had fun. I was always gutsy and never played safe. But I think subconsciously I tried to do that with Raksha Bandhan and failed miserably. I learned that I should keep on doing my work, without thinking of the box office." Further added Aanand L Rai.
The filmmaker is now set to release his forthcoming production venture An Action Hero, in December. The action thriller, which features Ayushmann Khurrana in the lead role, and Jaideep Ahlawat in a key role, is directed by newbie Anirudh Iyer.